Davido has revealed he is currently in the delivery room with Chioma in London as she is set to put to bed.
The superstar took a trip to London from the United States to be with is fiance who is already heavily pregnant for a rumoured baby boy. The “Blow My Mind” singer took to his Instagram Story to upload a picture of himself in the delivery room with Chioma.
When the video was posted at first, it wasn’t clear to everyone exactly what happened in the video, however, he made it clear on Twitter exactly what was happening in the video as he revealed he is with Chioma in the delivery room after a fan asked about his album.
He wrote; “I dey delivery room now brother! Make we talk the matter after”
???? https://t.co/iAyz8Pffiq
— Drizzy?? (@Dremodrizzy) October 19, 2019
Could this be a sign that anytime from now we should be expecting a new bouncing baby from Davido and Chioma? We pray so! 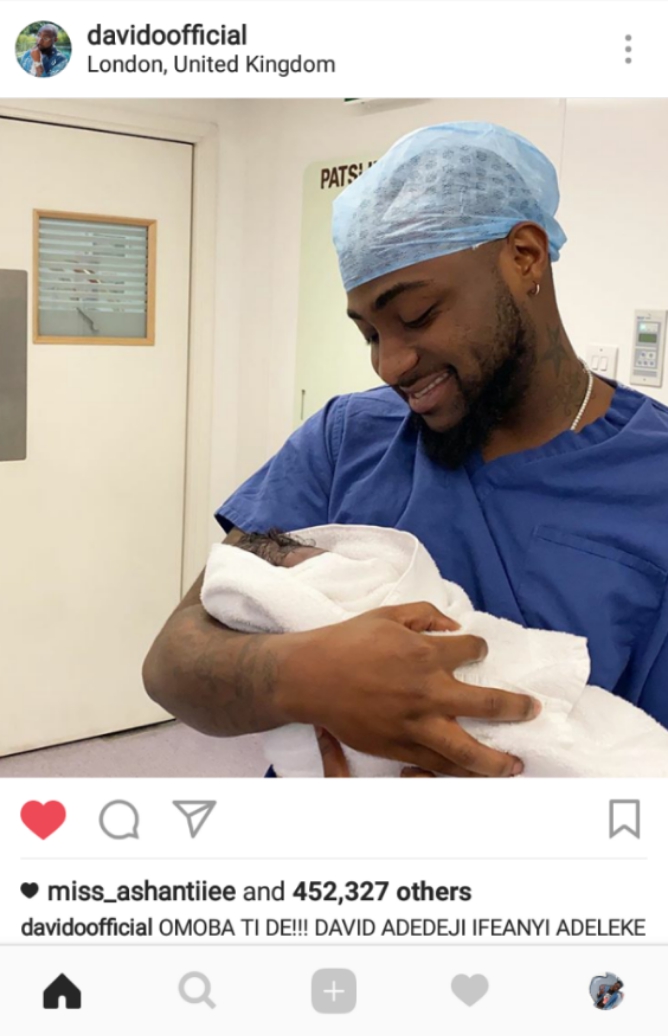 Finally OBOjnr has been brought into the world